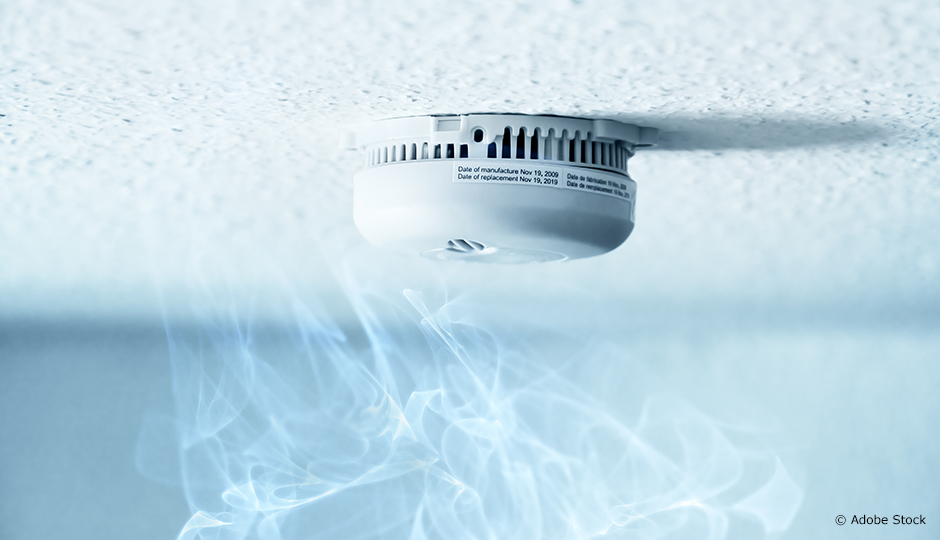 Québec municipalities report an average of 16,500 fires per year, or 45 per day. Too often, defective smoke detectors and protection systems cause significant material and human losses. Hence the importance of regularly checking their condition.

Québec municipalities report an average of 16,500 fires per year, or 45 per day.

In apartment buildings or office towers, smoke detectors and sprinklers are checked using hot smoke. This test involves burning fuel in a tank to produce a floating stream of smoke that mimics an actual fire. This procedure is expensive, however, because the smoke can damage parts of the building.

Liangzhu (Leon) Wang, a professor in the Department of Building, Civil and Environmental Engineering at Concordia University, is proposing a safer, less expensive and more practical approach: a helium smoke test that uses a mixture of helium, air and artificial smoke, such as that used in discos or movie theatres.

He and his team from Concordia’s Centre for Zero Energy Building Studies are working on finding the right recipe for generating artificial smoke that has the same characteristics as that emitted by a real fire. The amount of smoke, as well as its temperature, are important parameters for triggering sprinklers, for example. The researchers therefore conducted small-scale laboratory tests with different quantities of gas, using lasers to measure the density of the smoke.

They then developed numerical models to compare the two types of smoke and run simulations in a virtual building. The conclusive results they obtained led Liangzhu Wang to try to find real buildings for a large-scale test. At the same time, the researcher is trying to find an alternative to helium, a gas that has become rare and expensive.

Ultimately, these observations could lead to a new thermal treatment or the development of an innovative chemical compound to increase the fatigue resistance of these materials. Hydro-Québec engineers are already using the test results to refine calculations of the risk of cracking in existing turbines and to improve the design rules for new turbines. This would improve reliability and flexibility by increasing equipment durability and dependability. Using these structures for a longer time will also reduce pressure on the environment.