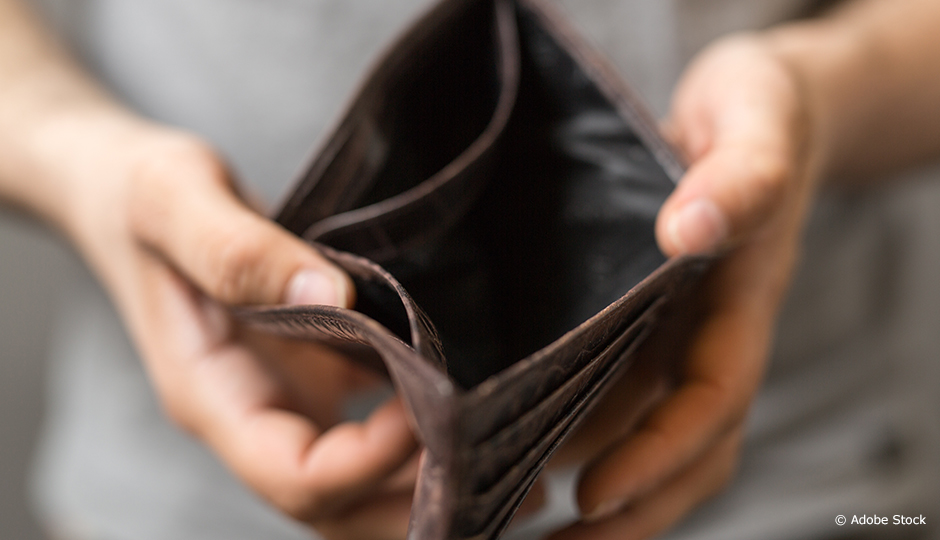 Feeling a lack of resources, such as time or money, leads to narcissistic or dishonest behaviour among consumers, as is shown by the research of Caroline Roux, a marketing researcher at Concordia University’s John Molson School of Business.

These studies show that feelings of scarcity influence human behaviour.

In an experiment with some 500 individuals, participants were given problems to solve in exchange for a small monetary reward. They then assessed their personal success. The study showed that group members who were asked to recall episodes of resource scarcity before tackling problems were more likely to cheat and exaggerate the number of problems solved successfully than the control group. Some people even claimed to have solved problems that were impossible to solve.

Other experiments conducted by the researcher have shown that feelings of scarcity lead to selfish behaviour. People who experience scarcity tend to make choices that benefit them rather than others. For example, in one study, individuals were asked to make a donation. In one group, the contribution remained anonymous. In another group, donors’ names were posted on a wall. People who felt they were lacking resources gave significantly more often when their identity was revealed because they felt their reputation would benefit. Conversely, they were less generous than others when the donation was made anonymously.

These studies show that feelings of scarcity influence human behaviour, especially when it comes to consumption. Moreover, this feeling of scarcity is not directly related to income: it can affect people with different incomes in the same way.