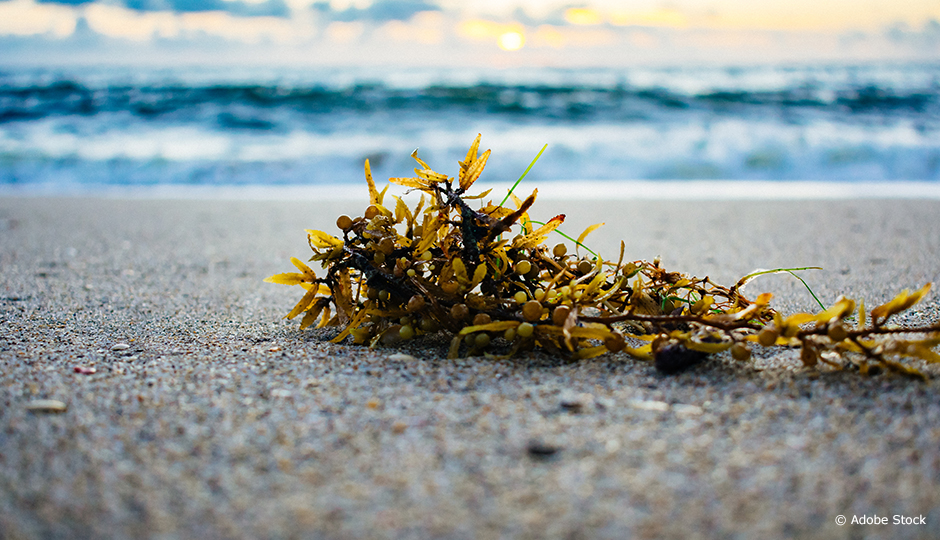 There are many types of seaweed in the Gulf of St. Lawrence, such as sugar kelp and knotted wrack. In some regions of Québec, their biomass has been estimated at several hundred tons per kilometer of coastline. Despite its abundance—the province’s coastline stretches over 6,000 kilometers—this natural resource has historically been ignored due to a lack of knowledge and know-how on how to exploit it. That is why Éric Tamigneaux, a professor at the Québec School of Fisheries and Aquaculture (EPAQ) at Cégep de la Gaspésie et des Îles-de-la-Madeleine (CGÎM), an industrial researcher at Merinov aquaculture and fisheries innovation center, and recipient of the Fonds de recherche du Québec-Nature et technologies (FRQNT) Prix d’excellence in 2018, is working to build Québec’s expertise in seaweed harvesting.

The province is gradually carving out a place for itself in the global seaweed market.

The fifteen or so projects he has been leading since 2004 have focused on optimizing rope-culture techniques for various macroalgae in the Gaspé Peninsula, as well as their processing into food products such as crackers and chips. Over the years, he and his team have concentrated their efforts on species such as sugar kelp, Atlantic wakame and dulse, whose production they have adapted to the rigours of winter. They also improved the mechanization of seaweed aquaculture operations at sea and created the first-ever expert sensory panel for seaweed food products in Canada.

This applied research, carried out with numerous partners such as the Institute of Nutrition and Functional Foods at Université Laval and Ressources Aquatiques Québec, two strategic clusters funded by the FRQNT, has contributed to the emergence of a new seaweed industry in Québec consisting of some 30 SMEs. Some companies are now specializing in algaculture, thanks in part to the creation of a new course on the subject offered as part of the CGÎM’s college diploma in aquaculture techniques, while others are capitalizing on consumers’ growing appetite for seaweed-based foods that are considered healthy, environmentally friendly and have unique organoleptic qualities. As a result, the province is gradually carving out a place for itself in the global seaweed market, which is largely dominated by Asian countries.