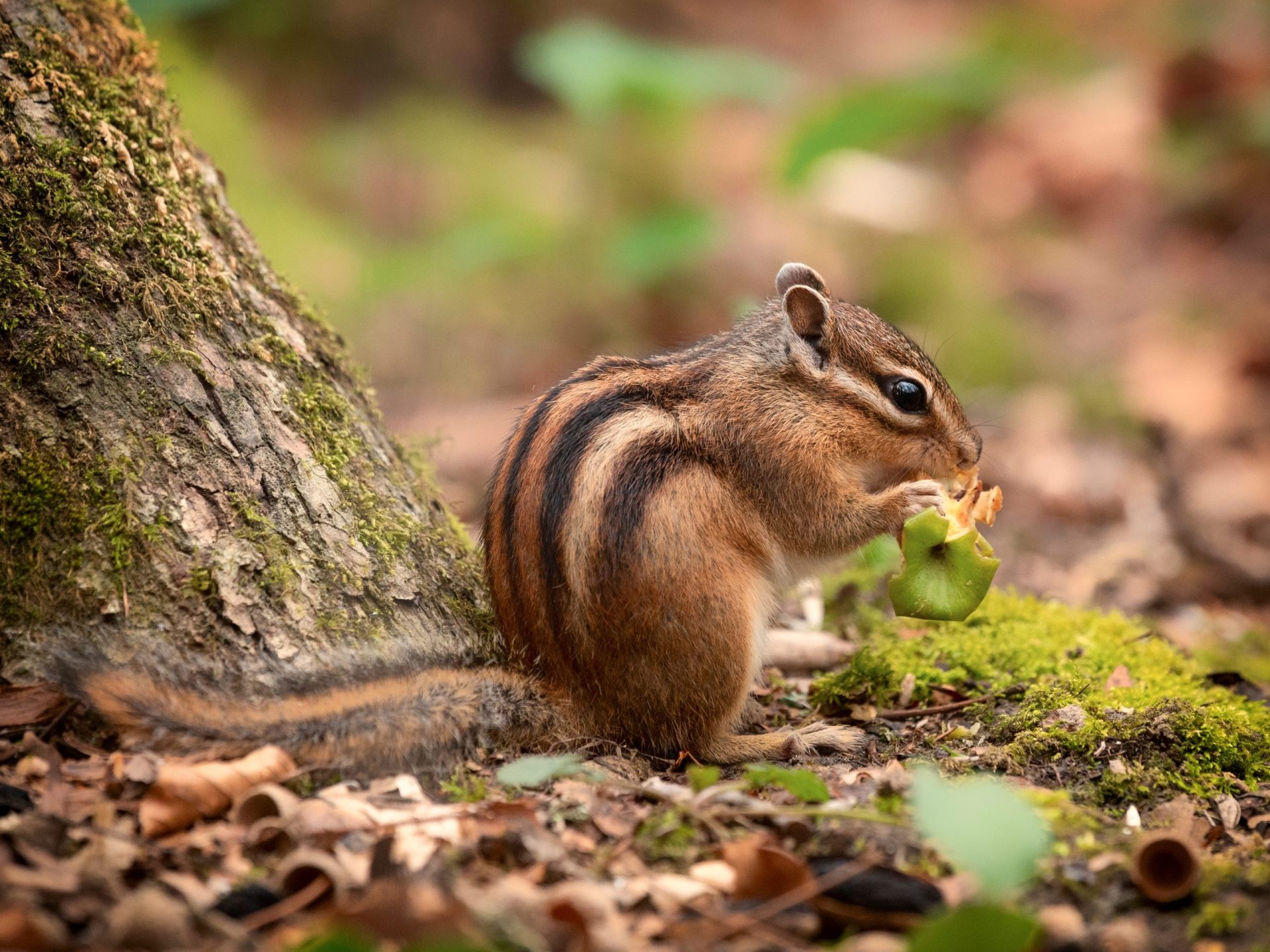 Human-induced climate change will have major effects on biodiversity that are still unknown. For example, we do not know how animals will respond, in terms of physiological and behavioural traits, to the sudden disruption of their ecosystem. Will they be resilient? Or will they be doomed to extinction? Dany Garant, a professor in the Department of Biology at the Université de Sherbrooke, is documenting the mechanisms underlying the responses— or lack thereof— of a population of eastern chipmunks in southern Québec to an environment that is changing over time as a result of global warming.

Easy to observe and capture, the eastern chipmunk lives in a constrained natural environment where its life cycle is strongly linked to the abundance of beech seeds. Since the quantity of these seeds fluctuates widely between years of high production and years of near-zero production, various cascading effects influence the demography of the species. The researcher and his collaborators thus have an ideal model for observing the appearance of ecologically significant traits with genetic and epigenetic roots. To this end, in 2022 they created a temporal fluctuation in available resources by increasing the food supply of the study population.

The project is still ongoing, but some conclusions can already be drawn. For example, it appears that the body mass of the eastern chipmunk has a large impact on its survival and long-term reproductive success: the more stable the body mass, the better. At this point, however, it is impossible to determine with certainty how climate change will affect not only this population, but also other rodents and mammals that live in our latitudes. The spread of beech heart disease, exacerbated by climate stresses, could also have a significant impact on the fate of the chipmunk in the coming years.