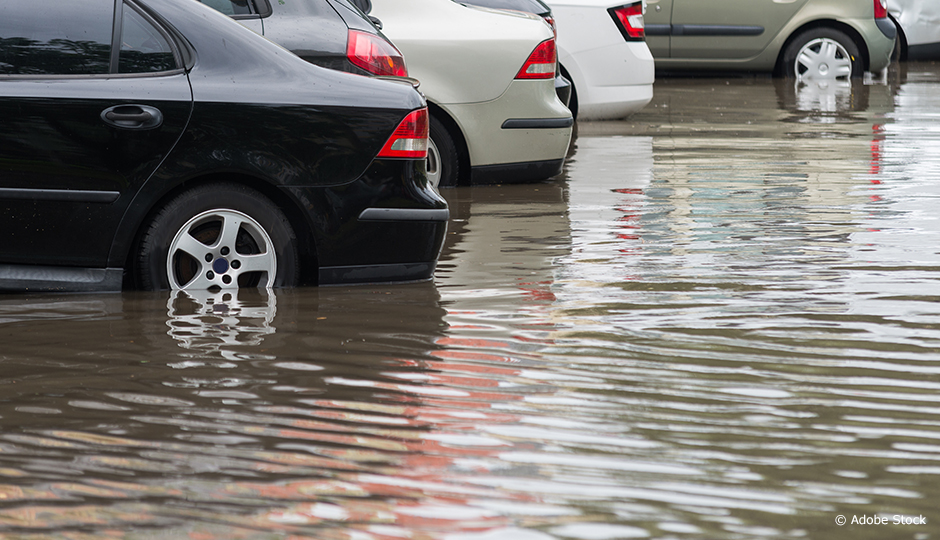 Last August, the city of Trois-Rivières received 100 millimetres of rain in just a few hours, causing some major roads to be completely submerged. Such episodes of heavy precipitation have been increasingly frequent since the 1980s due to climate change. All of this rain runs off sidewalks and streets—collecting oils, grease, sediment and other pollutants as it passes—and overflows from sewers and into nearby waterways.

To better manage this runoff, Sophie Duchesne, a researcher at INRS’s Centre Eau Terre Environnement, and her colleague, Geneviève Pelletier, from Laval University’s Department of Civil and Water Engineering, are proposing to automate catch basins built by cities to collect rainwater, promote the sedimentation of pollutants and reduce flooding.

Such episodes of heavy precipitation have been increasingly frequent since the 1980s due to climate change.

Currently, these basins are equipped with passive regulators whose role is to control the amount of water discharged into waterways according to a predetermined flow rate. However, this strategy does not allow real-time adjustment of the flow rate, for example, in response to weather forecasts.

The researchers and their team of students therefore developed algorithms based on meteorological data—historical rainfall, forecasts—and on the capacity of the drainage network. These algorithms control the opening or closing of a valve placed at the outlet of the basin, depending on water flow and threats of overflow. The researchers simulated their concept on a computer model of sewer systems, demonstrating that the application of these algorithms reduces the risk of flooding and improves the quality of water discharged into the environment

The next step will be to instrument urban sites to verify the concept in real-life situations, with the goal of helping cities better manage their stormwater in accordance with new departmental requirements and climate hazards.