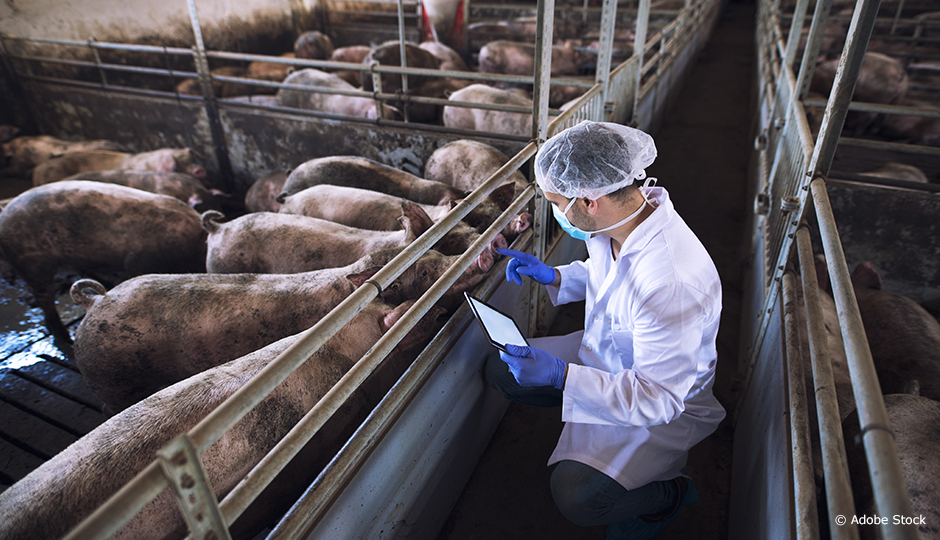 In 2013-2014, porcine epidemic diarrhea (PED) killed millions of U.S. piglets, including one million in the space of six months! This acute viral gastroenteritis, caused by a coronavirus from Asia, is highly contagious in pigs, and can have a mortality rate of up to 50-100% among piglets. Thanks to preventive biosecurity measures and ongoing genetic surveillance, Québec is managing to keep this virus—and the economic losses it causes—away from its pig barns.

The Swine and Poultry Infectious Diseases Research Center (CRIPA)—associated with the Faculty of veterinary Medicine at Université de Montréal—, the MAPAQ and the pork industry sounded the alarm as soon as the first cases were discovered in the United States. CRIPA researchers, key players in the fight against various viruses that threaten farms, supported Quebec producers by developing and implementing surveillance and prevention procedures. In 2014, some two million molecular diagnostic tests were performed in pig barns to monitor for the appearance of the coronavirus. In order to rapidly target at-risk farms, researchers used the “pooling” method, which consists of using a single PCR test to analyze a mixture of samples taken from several animals.

To prevent the virus from entering barns, farmers have also adopted the “Danish Entry” system, a transition area with a barrier where farm staff must remove outer clothing and boots on the “dirty” side and put on disinfected disposable coveralls and boots on the “clean” side. According to CRIPA Director Carl A. Gagnon, this procedure helps control the transmission of several viruses in pig barns.

As other sources of contamination are also possible, genetic surveillance of pig farms, as well as transport trucks—which can be a source of transmission between farms—is done on a continuous basis. These methods remain the main line of defence, as there is currently no vaccine against several coronaviruses affecting pigs.