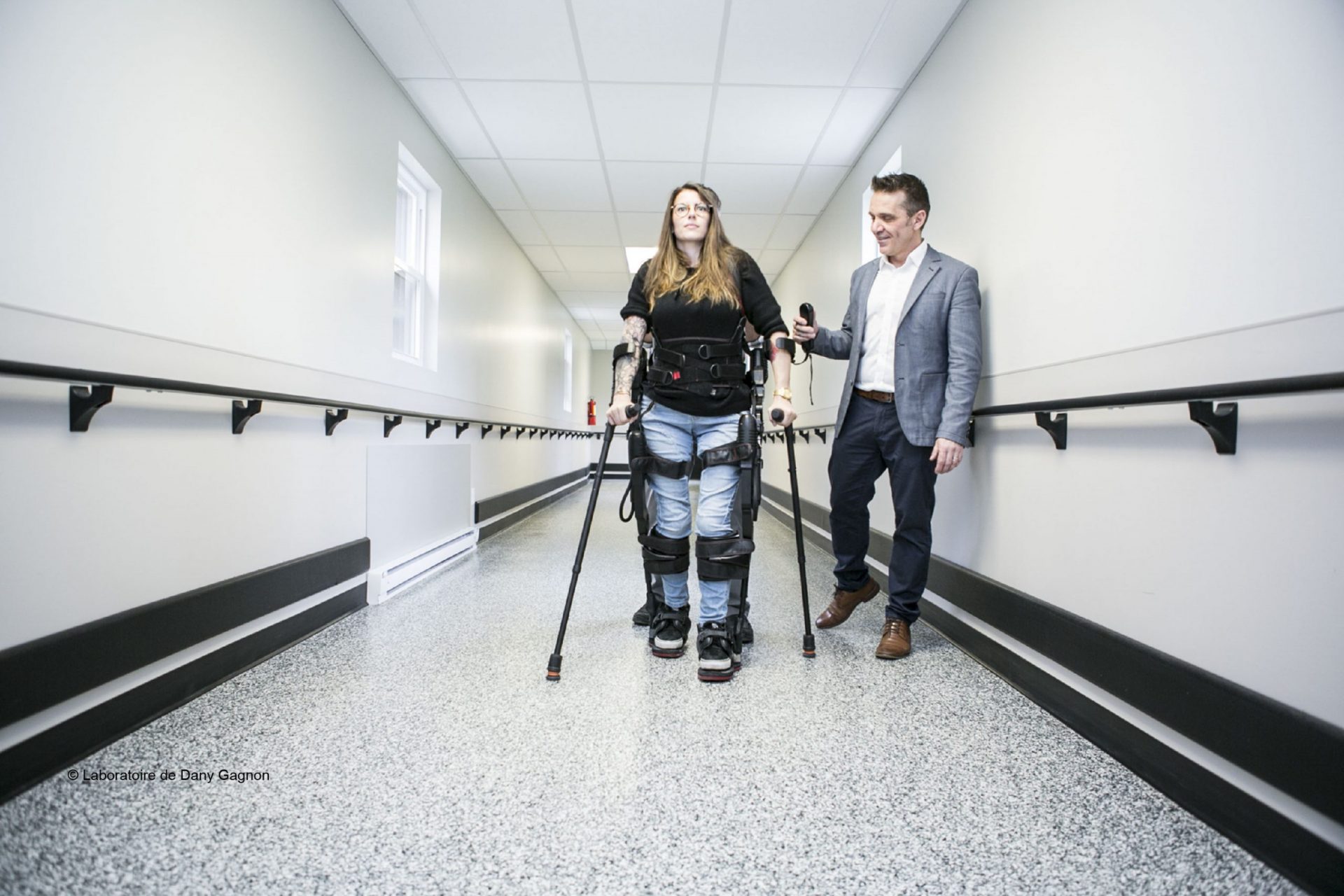 Some 100,000 Canadians are living with paralysis of the lower limbs and require a wheelchair to get around. To support their cardiovascular, muscle and bone health, Dany Gagnon, physiotherapist and rehabilitation researcher at the Institut universitaire sur la réadaptation en déficience physique de Montréal, and his team are relying on a robotic exoskeleton for ground walking.

People who use a wheelchair due to a spinal cord injury are often less physically active, and their legs have only limited exposure to gravity. That can lead to muscle breakdown and fat infiltration and the weakening of their cardiovascular system and bones, which become at a greater risk of fracture. According to Gagnon, who is also the director of physiotherapy programs and a professor at the École de réadaptation de l’Université de Montréal, patients lose 30 to 50% of the bone mass in their legs in the 18 to 24 months following their injury.

The researcher and PhD student Alec Bass came up with the idea of acquiring a robot-assisted walking device equipped with motors and electronic sensors on the knees and hips that reproduces the wearer’s own leg movements. They then created walk training programs adapted to a range of clinical profiles. To date, they have followed 11 participants who did walk training for 4 months and were evaluated for 7 months.

Compared to other training options for people with lower limb paralysis, the exoskeleton conditions the wearers’ bones, in addition to their muscles. Standing up stretches the muscles and tendons and may also trigger the development of bone cells, which shape and strengthen the bones.

Early results show that standing and walking, which many patients hadn’t been able to do in a long time, also yield immediate psychological health benefits. One patient in particular was thrilled her son could see her stand for the very first time.

Though the data are only preliminary and the pandemic slowed the project, the team is already dreaming of democratizing access to the exoskeleton in rehabilitation clinics.