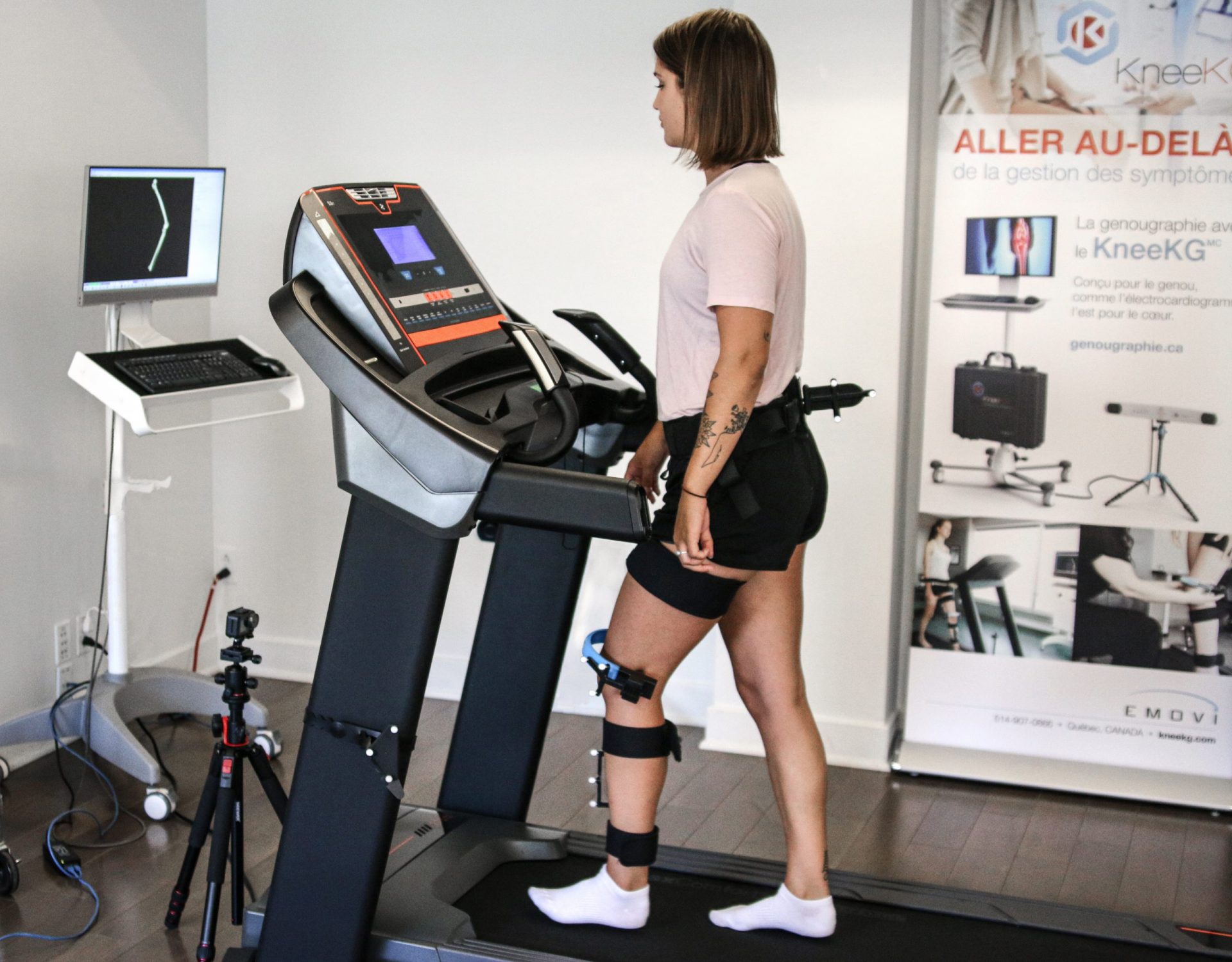 The deterioration of knee cartilage is among the most common joint pathologies to occur with aging. It is estimated that knee osteoarthritis will affect two out of three Canadians between the ages of 55 and 64 as early as 2026. Because there is no direct correlation between the symptoms felt by the patient and the conventional diagnosis of a health care professional, treatment poses a challenge. But there is hope. Powered by KneeKG™ technology, knee kinesiography makes it possible to conduct a precise biomechanical evaluation of the knee in real time. Developed by a team of researchers at École de technologie supérieure (ÉTS), the CHUM Research Centre and Université TÉLUQ as the culmination of two decades of collaborative efforts, the innovation helps physicians treat the functional causes of knee pain.

Nicola Hagemeister, professor in the Department of Systems Engineering at ÉTS, and her colleagues followed 449 Quebecers affected by knee osteoarthritis. Compared to the control group, whose members received standard care, the patients who underwent a knee kinesiography for diagnostic purposes reported less pain, an improvement in their quality of life and an increased capacity to carry out their daily activities on account of the personalized care to address the mechanical root of their pain. Better still, they were much more likely to follow an at-home exercise program.

As a whole, the results pave the way for the deployment of knee kinesiography across the public health system—a scenario that is currently being considered by the Groupe de médecine familiale Charles-Le Moyne and Hôpital Jean-Talon. Thanks to the technology, which is marketed by Montréal-based Emovi in hospitals and clinics across eight countries worldwide, including Canada, the United States, the United Kingdom and France, patients better understand their symptoms and take better care of their knees. In doing so, they delay and, in some cases, even avoid an unnecessary and costly surgical procedure. In addition, the steps to enhance their overall well-being help sufferers increase their productivity and, in all likelihood, decrease personal and public spending related to osteoarthritis. The socioeconomic data collected as part of the study are currently being analyzed.