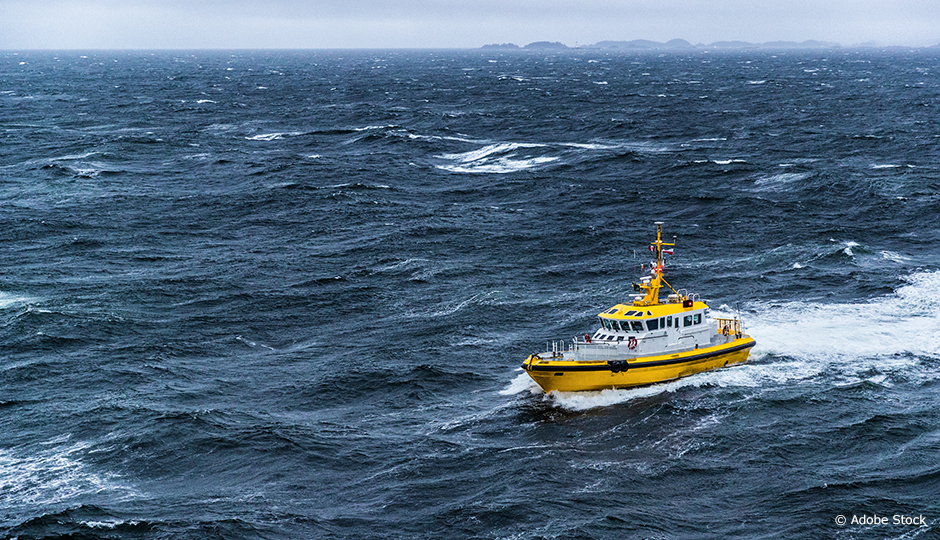 When the sea is rough, waves can threaten the safety of boats, accelerate the process of coastal erosion and modify the dispersal of pollutants. Yet it remains very difficult to accurately predict wave dynamics using current numerical models, especially when sea ice is present, as is the case in the Arctic or in the Estuary and Gulf of St. Lawrence. Cédric Chavanne and Dany Dumont, researchers at the Institut des sciences de la mer at Université du Québec à Rimouski, are working to solve this problem.

After several attempts, the researchers were able to obtain wave measurements with an acoustic detection instrument.

In the presence of ice, several mechanisms reduce the energy of waves, which follow a given trajectory: their dispersal in different directions, the friction of the water under the ice and the breakup of the ice. This complex interaction is difficult to model because there is a lack of direct measurements to validate the theoretical parameters. Indeed, most traditional measuring instruments are not designed for use in the presence of sea ice.

After several attempts, the researchers were able to obtain wave measurements with an acoustic detection instrument, offshore from Bic National Park and Forestville. Using satellite imagery, they also compiled meteorological data on wind and sea ice distribution. This information was then used to predict wave energy and frequency in the presence of ice using a model created by Dany Dumont.

A graduate student is currently working on refining this model to more realistically predict wave and ice dynamics. Once restructured, the model could be used by the Coast Guard for navigation and by scientists to study the effects of reduced ice cover due to climate change, among others.